From an early age Leif de Leeuw, guitar player and founder of the Leif de Leeuw band, received several music awards. He won the Sena Young Talent Guitar award twice (2009 and 2013) and in 2016 he was awarded as best blues(rock) guitarist of the Benelux by the readers of the magazine “De Gitarist”. This year he has two nominations for this award, one as ‘Best Guitar Player Benelux’ and one as ‘Best Blues(rock)/Country/Folk Guitarist’.

The band, with the members Leif de Leeuw (guitar), Tim Koning (drums), Boris Oud (bass guitar) and Sem Jansen (vocals and guitar), has also been awarded several prizes. In late 2014 they won the Dutch Blues Challenge and in 2015 they were named ‘Best Band 2015’ by the European Blues Awards. Even though the band has mostly won Blues-awards, they are not restricted by musical boundaries. Their music portrays a lot of different styles such as funk, soul, roots, fusion, country and rock.

In the summer of 2014 the band released their first EP, named ‘EP Deluxe’. This short album with 5 songs and a playtime of nearly 30 minutes is produced by Robin Freeman (Herman Brood, Billy Preston, etc.). The EP was met with great acclaim by the press and it made everyone long for a full-fledged first album.

The band traveled to America to take part in the International Blues Challenge in Memphis, Tennessee. This experience provided them with a great inspiration for the recording of their first album. Again they worked with producer Robin Freeman and this time they were joined by guest-musicians Tony Spinner and Sonny Hunt. In Januari 2016 the album, named ‘Leelah’, was released in a crowded club in Zoetermeer.

The album was the start of a lot of beautiful experiences. The band played at a some major festivals like Ribs ’n Blues, Sziget (HU), Haarlem Jazz & more and Blues ’n Jazz Rapperswil (CH). It also opened doors to perform in lots of other countries. The band toured in Germany, Luxembourg, Switzerland, Czech Republic, Hungary, Slovakia, Belgium and Austria. If all goes as planned this list will be expanded in 2017!

Right now the band is very busy writing the songs of their second album, that will be released in October 2017. The new single will be released sooner; during Record Store Day (april 22, 2017)!

Leif de Leeuw (02-17-1995) started taking guitar classes when he was nine years old. Two years later he went to a Johnny Winter concert in Paradiso, where he realized he wanted to play that music too. He focussed on nothing but the Blues and played every single song of Robert Johnson, Joe Bonamassa, Eric Clapton and Stevie Ray Vaughan. In 2009 he competed in the Sena Guitar Awards and he won. The year after american guitarist Sonny Hunt asked him to join his band, The Dirty White Boys, on a Dutch tour. In 2013 Leif won the Sena Guitar Awards again, in doing so he won a Panucci guitar, custom built to his wishes. Meanwhile he started studying pop-guitar at the Codarts Conservatory in Rotterdam. In 2016 he was awarded ‘Best Blues(rock) Guitarist of the Benelux’ by the magazine ‘de Gitarist’. Leif has had the opportunity to play with some big names like Tony Spinner, Stochelo Rosenberg and Henrik Freischlader. Leif’s playing is influenced by artists such as Jeff Beck, David Gilmour, Derek Trucks, Larry Carlton, Joe Walsh and Jimmy Herring.

BORIS OUD
Boris Oud (03-24-1986) started playing the guitar and bass guitar when he was thirteen and obsessed by rock and blues music. During high school he played in several bands. In 2011 he graduated from the Codarts Conservatory in Rotterdam. Right now he is very active as a musician in several music groups and he is a guitar, double bass and bass guitar teacher. He is known for playing different genres such as pop, world music and jazz. He has worked with Eefje de Visser, Omar Ka, Scarlet Mae, Piero Bianculli, Shirley Spoor and Marco Santor. In 2010, while playing in the Bianculli trio, they won the European Jazz Award. In 2017 he started working with the Leif de Leeuw band. His playing is influenced by a variety of artists, from Level 42 and the Weather Report to the Foo Fighters and Jimi Hendrix. 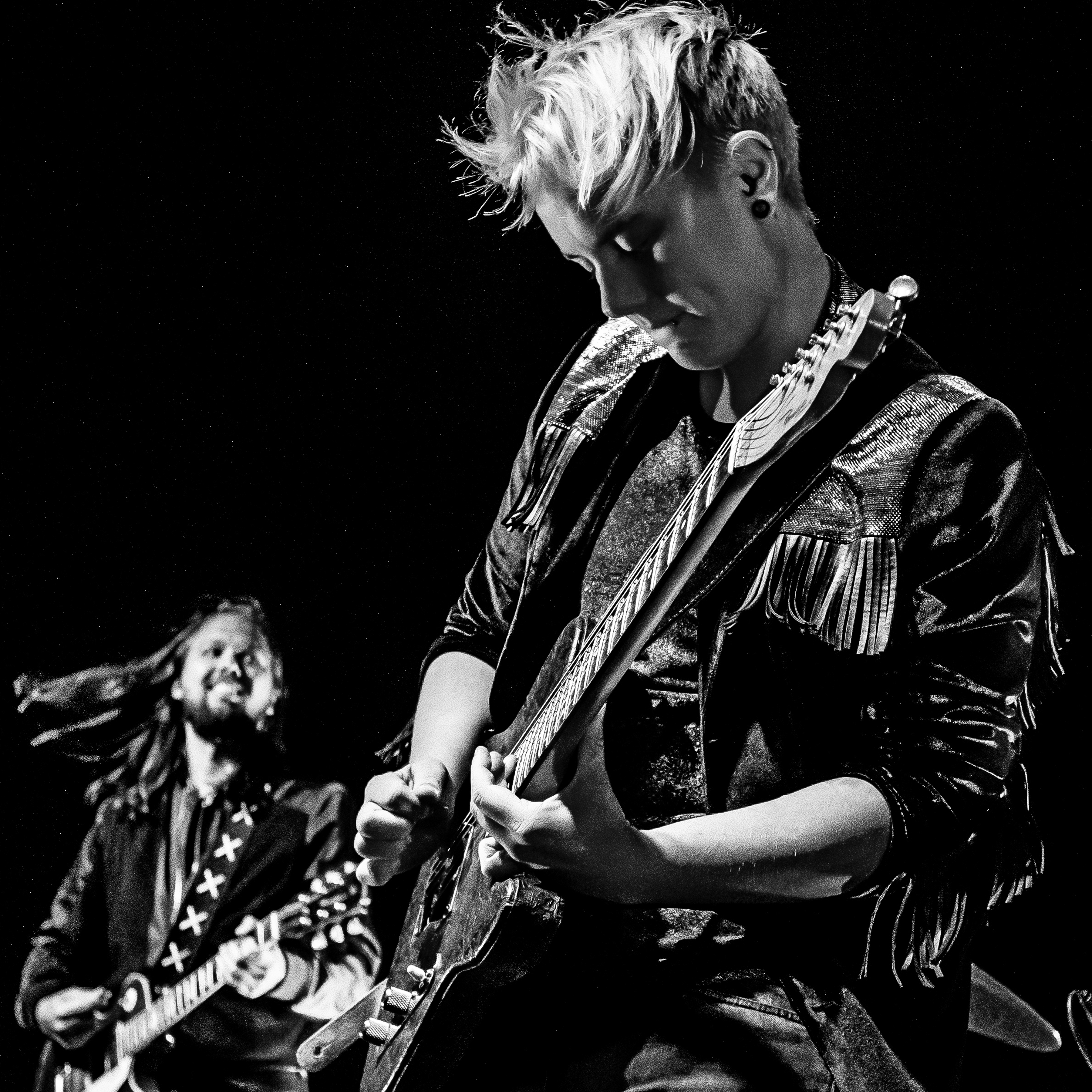 SEM JANSEN
Sem Jansen (03-18-1992) started guitar lessons at seven. Soon that was expanded with singing lessons. A logical step after high school was the conservatory. Since late 2011 he is part of the Leif de Leeuw band. In 2013 he graduated from the Bachelor Classical guitar at the Fontys Conservatory in Tilburg. Around the same time he also won the ‘Jacques de Leeuw Award’, a price awarded annually to the most prestigious student of the school. In 2016 he graduated with  a Masters in Music. Sem has a very broad taste in music, he likes everything from classical to rock and from blues to pop and country but he is mainly influenced by artists such as Bonnie Raitt, Rufus Wainwright, Derek Trucks, The Allman Brothers Band and The Eagles. Besides performing Sem is very busy as a guitar teacher and vocal coach in his private school in Helmond. 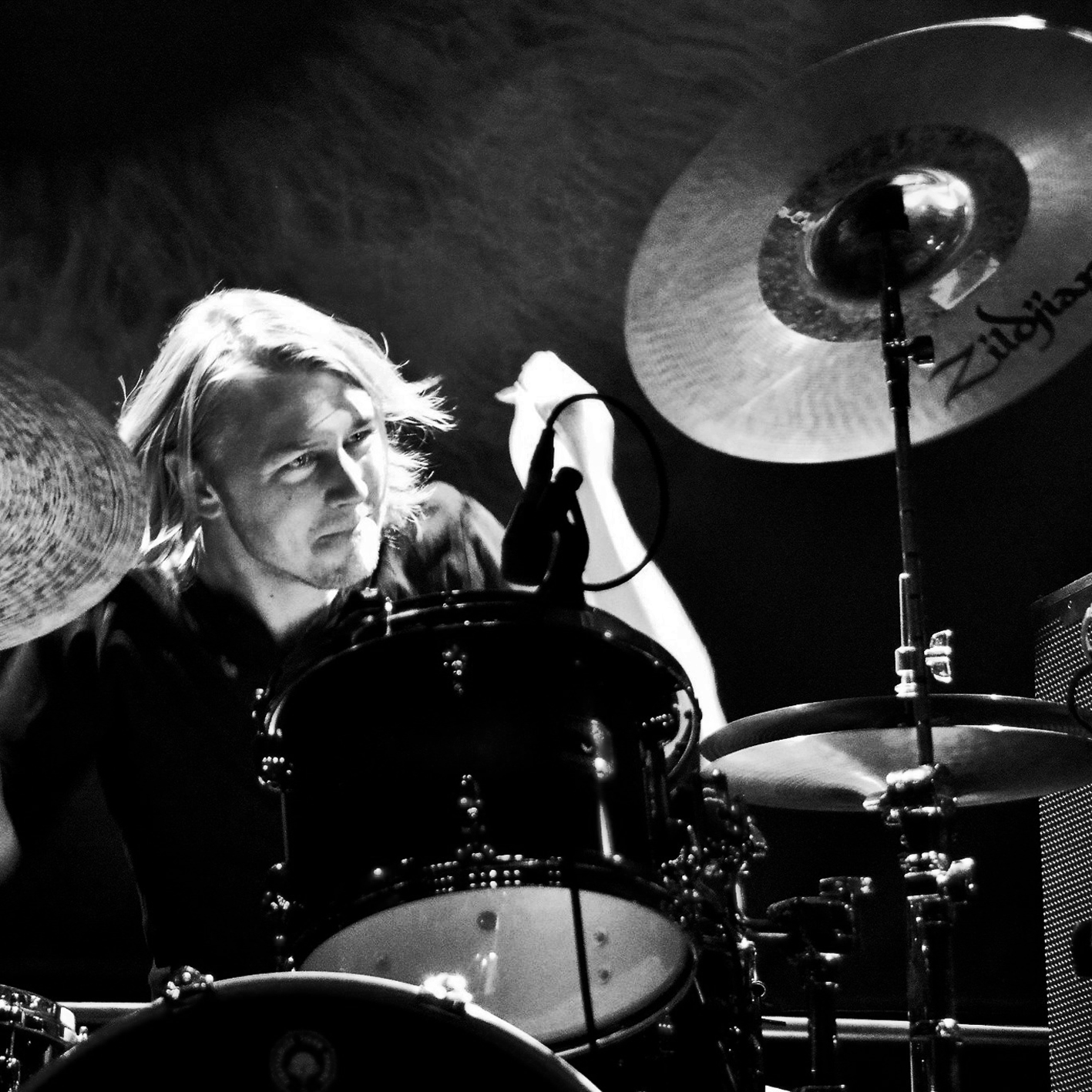 TIM KONING
When he was eight years old Tim Koning (07-17-1993) started his drumming lessons at Cesar Zuiderwijk. When he was only thirteen years old Cesar asked him to join him to play in an episode of dutch tv-show ‘het Klokhuis’. Meanwhile Tim has become a teacher himself, but he still works with Cesar at the drums summer camp every summer. After high school he started his bachelor mechanical engineering at the University of Delft, which he graduated from in 2016. In 2013 he started his bachelor drums at the Codarts conservatory in Rotterdam where he has lessons from Hans Eijkenaar and Martijn and where he met Leif. In 2015 Tim joined the Leif de Leeuw band. His playing is mainly influenced by Vinnie Colaiuta and Steward Copeland. Tim is an all-round drummer that plays basically everything, from Blues to House and everything in between. He is a proud Zildjian endorser.

No shows booked at the moment.